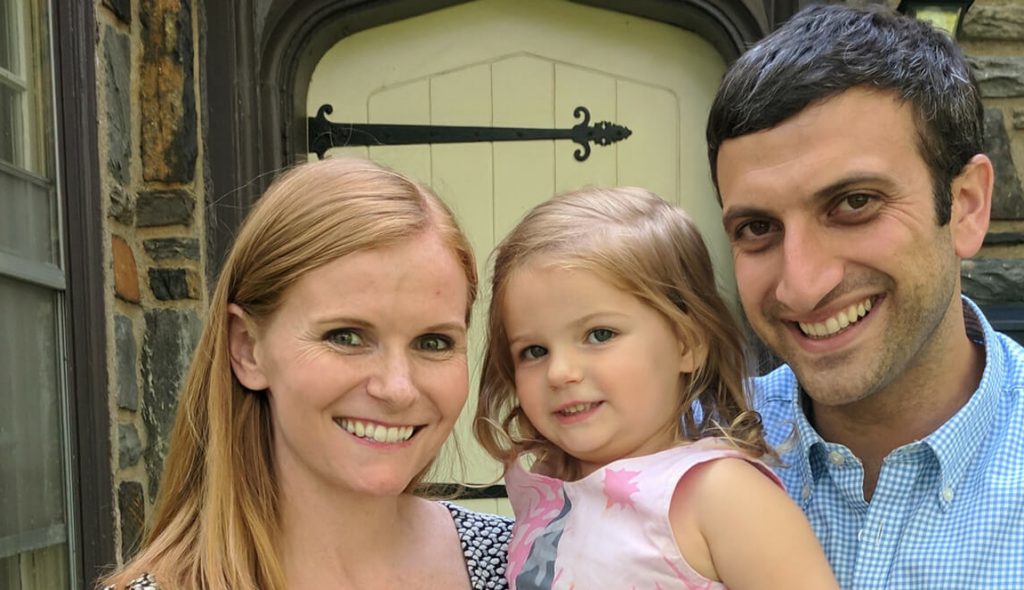 Reproductive Medicine Associates of Philadelphia is growing! Dr. Allison Lange, the practice’s newest attending reproductive endocrinologist, joins RMA from Boston’s Massachusetts General Hospital (MGH), an affiliate of the Harvard University Medical School, where she completed her fellowship, and has been practicing since last December.

Dr. Lange, who began her tenure with RMA last month, said her decision to join RMA of Philadelphia was deeply influenced by the practice’s core values: an unwavering commitment to excellent patient care and significant commitment to research and innovation.

“Being on the leading edge of fertility care was vitally important to me,” she said late June from Boston, where she was preparing for her move to Philadelphia. “That and the RMA physicians’ patient-centered approach really resonated with me.”

“I’m so excited to begin working with this forward-looking group of fertility specialists and the greater Philadelphia community.”

Dr. Lange also conducted research utilizing data obtained from a common fertility app with over 1 million users from the general US population. One important finding from this research was an association between infertility and either partner’s Body mass index (BMI) outside the normal range. The data also demonstrated an association between poor sleep, increased stress, and infertility. “We teamed with epidemiologists at the Harvard School of Public Health to utilize big data in innovative ways that have a positive impact in our field.”

Born and raised in San Diego, California, Dr. Lange joked she “got tired of the sunshine” in 2002 and moved to Middlebury, Vermont to pursue her undergraduate degrees in both history and molecular biology and biochemistry at Middlebury College.

“I wanted the quintessential New England experience,” she laughed, admitting that the novelty wore off quickly once she had to start shoveling snow.

She earned her medical degree at Virginia Commonwealth University in Richmond, Virginia, and completed her OBGYN residency at the Emory University School of Medicine in Atlanta, Georgia, before moving onto her REI fellowship at Boston’s MGH in 2015.

Dr. Lange decided to specialize in Reproductive Endocrinology during her second year of medical school, when she became fascinated with the endocrine system. She also loved working with women and felt rewarded when she could help them realize their dreams of building a family.

“I felt I could make a true impact on these patients for the rest of their lives, and that was incredibly special,” she said.

And now, she’s found a permanent home to do just that – RMA of Philadelphia.

“I’m excited to get started!”