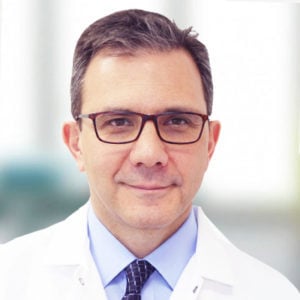 Dr. Emre Seli, a vital part of the RMA family for years, is expanding his role here beyond research and into care, joining RMA New Jersey as a practicing physician this month. Dr. Seli will be seeing patients Thursdays in Basking Ridge.

“RMA is second to none in patient care for infertility,” Dr. Seli said, “and I’m honored to join the incredible physician team here and work with this very special patient community.”

Dr. Seli, who is a professor and fertility doctor at Yale University, and has served as IVIRMA’s Research Director since 2017, is a well-established fertility leader with fingerprints on some of the industry’s most exciting research projects.

But years ago, he was a student, halfway across the world in Istanbul, Turkey, where he was born, wondering what to do with his life.

While both his parents had stimulating, reputable careers – his mother, one of the first models in Turkey, was a painter, and his father was involved in economic development – Dr. Seli didn’t want to walk in their shoes.

“I learned from my dad that I did not want to become a businessman and from my mom that I did not have any talent to become an artist,” Dr. Seli, who serves as IVIRMA’s Research Director, joked recently. “But I did admire medicine for its emphasis on scientific discovery and ability to help people.”

If Dr. Seli was short on artistic talent, he made up for it in the laboratory. His gift for science – coupled with hard word and a boundless curiosity – first took him to an elite, historic high school in Istanbul, and then to medical school and OB/GYN residency in Turkey. The residency was cut short, however, when Dr. Seli landed a research fellowship with a professor at Yale University in New Haven, Connecticut.

Within two years, he was recruited to pursue residency at the Ivy League school, in 2004 graduated from the university’s Reproductive Endocrinology and Infertility (REI) fellowship, and soon became faculty, both teaching infertility at the university and seeing patients at the Yale Fertility Center.

“That’s how I ended up teaching and practicing at Yale,” Dr. Seli said. “And that was 15 years ago, around the time I first met Dr. Scott.”

It was the early 2000s, Dr. Seli had just finished his fellowship at Yale, and Dr. Scott was busy building RMA, which he co-founded in 1999 under a philosophy to pursue research that improved patient success.

“I was very impressed by [Dr. Scott’s] brilliance, common sense and focus,” Dr. Seli remembered. “Years later I approached him about a research project, and realized that it would be very exciting to join the RMA team.”

“I’m proud of the research network we’ve built,” Dr. Seli said. “We have more than 70 investigators, more than 60 clinical centers, and four basic science laboratories. This is a very well-funded, hard-working and highly productive group.”

“For example, this year at The American Society for Reproductive Medicine (ASRM) annual meeting, we’ll be presenting a lot of research that has the potential to impact the future of reproductive medicine.”

The ASRM research piece about which he’s most excited? A prize paper candidate on why aneuploid, or chromosomally-imbalanced, embryos cause abnormal pregnancies. The research brought together doctors and scientists from around the world to grow embryos to day nine inside RMA’s IVF laboratory in Basking Ridge.

“As a result of this study, we have more insight into how aneuploid embryos develop, which can help us better identify the viability of mosaic embryos, about which we know very little,” he said. “This is big stuff.”

Dr. Seli’s new physician role at RMA doesn’t mean he’ll be leaving Yale. He will still be teaching and seeing patients at the university, but will spend the majority of his week in Basking Ridge, seeing patients, educating RMA’s REI fellows and, of course, conducting research that could drastically change care for future patients.

“Right now, a big focus for us is figuring out what controls the clock responsible for female reproductive aging and coming up with ways to help women with diminished ovarian reserve or premature ovarian insufficiency,” Dr. Seli said. “There is a lot of discovery waiting to be made.”

With patient care, research and teaching taking up so much of his time, you might be wondering when Dr. Seli finds the opportunity to recharge. And it may not surprise you that his happy place is his family.

“My biggest pleasure is spending time with my wife and two teenage sons, and trying food from all over the world,” he said. “That’s a big deal to me.”

“I also like to watch Premier League games with my dog, Enzo, who never barks or sheds – he truly is man’s best friend.” 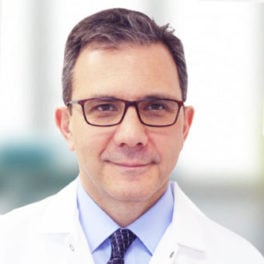 Emre U. Seli, MD, is Chief Scientific Officer at IVIRMA Global and Professor of Obstetrics, Gynecology, and Reproductive Sciences at Yale School of Medicine. Dr. Seli received his medical degree from the University of Istanbul and completed his residency in Obstetrics and Gynecology at Yale University. His postdoctoral training included a fellowship in Reproductive Endocrinology and Infertility, as well as a research fellowship in molecular biology, both at Yale University.